Assembly holds hearing on Rikers crisis: ‘The bad news you think it is’ 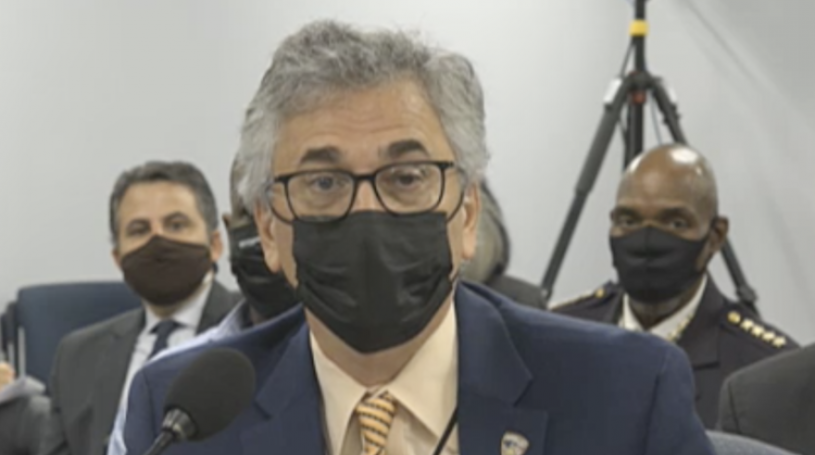 The State Assembly’s Committee on Corrections held an all-day hearing on the crisis on Rikers Island Friday.

The Department of Correction, the corrections officers’ union and scores of activists and families who have been impacted by the deteriorating conditions in the jail that has led to a dozen deaths in the past nine months, gave testimony to members of the committee, which is chaired by Queens Assemblymember David Weprin.

“We are responsible for the safety and health of these individuals, yet, since the first of this year, at least 12 people have died in Department of Correction custody,” Weprin said at the start of the hearing. “We need answers as to why these deaths have occurred.”

Weprin, who visited the jail in August, called the conditions “horrendous.”

“The infrastructure of these facilities is severely degraded,” he said. “Our incarcerated population is experiencing a health emergency.”

Those who testified – particularly those from the Department of Correction, the mayor’s office and the Correctional Officers’ Benevolent Association – described a series of compounding issues which have led to the current conditions in the jail set to close before the end of the decade. They described staffing shortages, dilapidated infrastructure and a culture of violence.

And while they agreed on the issues facing incarcerated people and the correctional officers charged with giving them care, they vastly differed on the root causes of the issues and the solutions to cure them.

DOC Commissioner Vincent Schiraldi, who was one of the first to testify Friday, laid out the ways in which the city has taken action in recent weeks to address the crisis that has been exacerbated during his first four months in office.

The DOC has offered incentives to officers to show up to work, made a commitment to ending triple shifts and has sped up the intake process.

“We're engaged in what I consider a balanced and multifaceted approach to tackling these problems, because that's what it's going to take to get the job done,” Schiraldi said. “No home runs. We're going to score runs by hitting a lot of singles.”

At the top of the DOC’s list is the effort to lower the jail’s population. Currently there are a little more than 5,540 people incarcerated on the island, down from 6,000 at the beginning of September. Last month, the Governor Kathy Hochul signed the Less Is More Act and ordered the release of around 200 people being held on technical parole violations. Since the order, around 160 have been released, according to the commissioner.

“We need to reduce the number of people in our custody,” he said. “It's beginning to work over the past two weeks, we've reduced our jail population.”

As they have done several times in the past month, Schiraldi and New York City First Deputy Mayor Dean Fuleihan, called on the courts to schedule and process cases faster in an effort to lower the number of people on Rikers. Nearly 90 percent of all people incarcerated in Rikers are on pre-trial detention.

“While the rest of government opened up, the court system has not and is not doing what we all want to see, which are actually moving cases through,” Fuleihan said. “We need more help. We need your help to get the court system to actually be functioning at every level. It's about the entire criminal justice system, and it should not be happening.”

Lucian Chalfen, the spokesperson for the Office of Court Administration, told the Eagle that it’s OCA’s belief that the population of Rikers is not to blame for the conditions, but rather how it’s run.

“How about running a jail like it’s supposed to be run: humanly, efficiently, safely and securely,” Chalfen said. “If the Rikers Island jail complex had one inmate it still would be chaos.”

The DOC has experienced an historic shortage of correctional officers in the past year. The shortage, they say, has led to a lack of supervision that has led to an increase in violence, self-harm and an inability to administer legally mandated services to incarcerated people.

Schiraldi said that when the reports are released on the 12 people who died in custody in the past year, it’s likely they’ll include information about a lack of staff available.

“When that comes out, it’s going to be the bad news you think it is,” he said.

COBA President Benny Boscio said the issue lies with the pandemic – with officers sick, healthy officers had to pick up shifts, then they got sick or were overworked and the process repeated itself.

Five officers, one captain and five non-uniformed staff members have died of COVID-19 since March 2020 and hundreds have been infected by the virus, according to the DOC. Additionally, around 100 officers, out of the 8,400 uniformed staff on the books, have resigned in the past year.

Boscio, who was unmasked while giving testimony, was grilled by committee members after he said he had not encouraged his members to get vaccinated. Currently, around 55 percent of COBA members are not vaccinated, including Boscio himself. Over 82 percent of all adults in New York City have received at least one dose of the vaccine.

“We recommend that it's their choice,” Boscio said, adding that he had city doctors come speak to the union at a previous union meeting.

Assemblymember Harvey Epstein took exception to the fact that Boscio hasn’t recommended his members get the vaccine.

The city and DOC were ordered by a federal judge on Wednesday to implement changes and reforms on Rikers recommended by the federal monitor appointed to oversee the jail complex.

Both the city and the federal monitor have been ordered to submit an updated report on the jail to the court by Oct. 14.

The two parties will appear back in court on Dec. 2.